Stažení
Subscribe to our channel! rupt.ly/subscribe
One of the four suspects charged in the 2018 murder of Slovak investigative journalist Jan Kuciak and his fiance Martina Kusnirova pleaded guilty in court in the western city of Pezinok, near Bratislava, on Monday.
Former soldier Miroslav Marcek reportedly told the jury at the Special Criminal Court in the Pezinok that he was guilty of shooting Kuciak in the chest in his own apartment before killing Kusnirova in the kitchen.
The case's main suspect, Slovak businessman Marian Kocner, pleaded not guilty to ordering the murder of the journalist who had been investigating his business activities.
Footage shows Marcek, Kocner and two other suspects entering the courtroom, as well as Marcek leaving the witness chair.
"The three others who are accused denied any wrongdoing and refused to answer questions. And they are waiting for the next item of the proceedings. I think it says a lot about the untrustworthy stance they are having," said the lawyer of the victims' families.
Kuciak and Kusnirova were found shot dead on February 25, 2018. Kuciak had been investigating alleged relationships between the Italian mafia and former Prime Minister Robert Fico's party, Direction - Social Democracy (SMER). Kuciak was also focusing on tax fraud carried out by the Slovak business elite.
Video ID: 20200114-002
Video on Demand: ruptly.tv/videos/20200114-002
Contact: cd@ruptly.tv
Twitter: twitter.com/Ruptly
Facebook: facebook.com/Ruptly 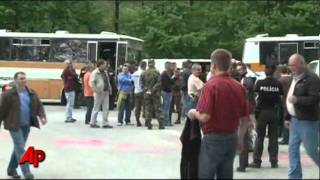 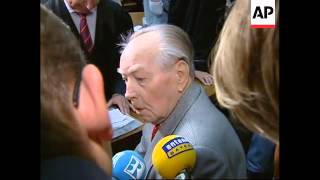 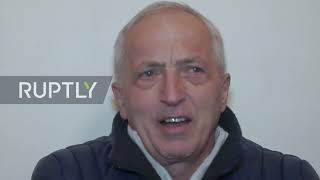 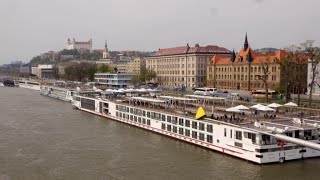 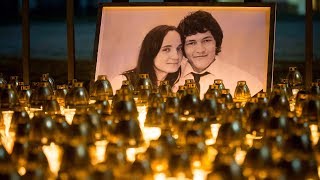 Slovakian government vows justice for slain OFW according to DFA
1:02
13

Father And Son Photographed UFO In Mountains of Slovakia
2:15
9

Suspect shot with bean bags after a pursuit that ended in Gardena when he took off on foot.
4:49
1

Police investigate murder of Slovak journalist and his fiancée
1:06
2

Why was a Slovakian journalist killed?
7:24
1